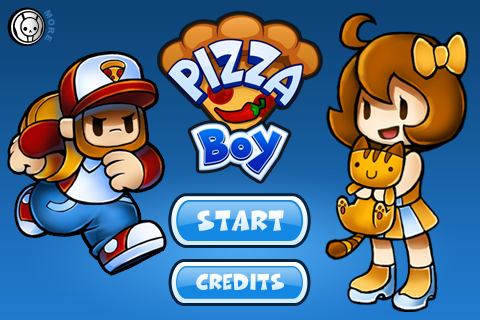 ACNE Play’s latest game, Pizza Boy, is now serving up bite-sized, retro-style gaming on the iPhone. Does Pizza Boy manage to deliver a satisfying slice of mobile gaming? Does it manage to avoid being too cheesy? Can I force any more puns into my review? Read on and find out.

Inspired by that great era of 8bit and 16bit side-scrolling platform games, Pizza Boy is a game about a pizza delivery guy who’s chasing after a bluebird that ran off with his girlfriend’s pizza. Yeah, the story is a bit thin, but the platformers that Pizza Boy is channeling hardly ever focused on storytelling.

Gameplay is a pretty straight-forward affair. Players must guide Pizza Boy to the level’s end while avoiding pits, spikes, bulldogs, birds, and the occasional chubby dragon. Pizza Boy can defend himself with soda bottles (thrown like axes in Hudson’s Adventure Island).  Players have 300 seconds to complete a level, collecting as many strawberries (collect 100 for a 1up) as possible along the way. Also within each level are the letters P-I-Z-Z-A, and a lost cat– both of which are in hard-to-reach locations throughout the game’s 12 levels (divided into 3 worlds).

The game works well as an homage to past side-scrolling games. Pizza Boy offers all the tropes one expects to of a side-scroller: stomp-able enemies, dangerous pits, and jump-enhancing spring-loaded platforms all make an appearance. You can tell that ACNE Play has a soft-spot for the traditional platformer (heck, even the blue and red clad protagonist will immediately remind you of another famous working-class video game hero). The music is comprised of a few charming 8bit tunes that would have been right at home on the Nintendo Entertainment System. Pizza Boy is definitely a cute platformer that manages to hit all the right notes, for the most part. Unfortunately the game suffers a bit from its touchscreen controls.

ACNE Play did an admirable job shoring up the difference between playing a game with a gaming pad and playing a gaming on a touchscreen. The d-pad is replaced with a  virtual rocker switch that conveys your actions rather accurately, but lacks the tactile reassurance of a physical game pad. I found myself needing to make minute changes in direction and failing because my left thumb was not directly on top of the left-right rocker. Still, the game does a decent job given the hardware’s limitations, managing to stand out as one of the better platform experiences on the iPhone.

The game is very short and can be completed well within the timespan of two lunch hours– more, if you take into account the collectables. Fortunately, the game is priced at a very modest $1.99 on the iTunes store.

Pizza Boy manages to deliver a nice slice of retro-inspired slice of gameplay that will make players wax nostalgic for the side scrolling platformer genre of days gone by.

This review was previously published at http://www.aeropause.com. 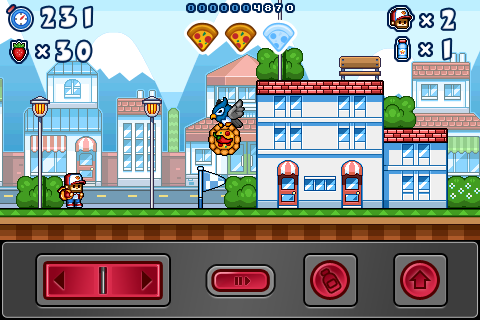 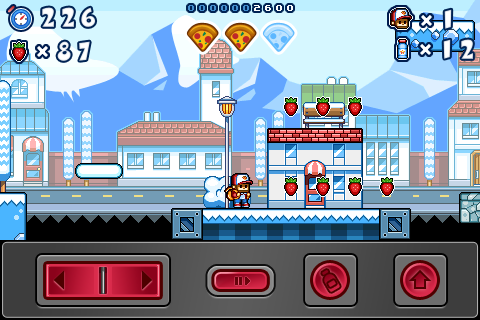 View all posts by John Gonzalez

Played some games with some excellent people last night. Great games are made better by great company!
Yooooooo! Come by at 11am PDT to chat with us and see who will win!
A brief overview of Art Decko, a game buy @tatewu @riograndegames
Have you played Art Decko from designer @tatewu ?
Bless your board gaming this week by liking this post about Comet.
Loading Comments...
%d bloggers like this: